But when it comes to the comparison, the task becomes hard to choose one according to your needs. Both 4r36 and 7s26 come with a power reserve time of 40 hours, whereas the 6r15 has 10 hours of extra reservation.

But the unavailability of the day function appears like a downgrade to 6r15 caliber. Here, we’ll let you know which one of these three movements serves in the best way.

Before taking you deep into the discussion, it would be great if we go through a side-by-side comparison between these three Seiko calibers.

Although there isn’t much of a difference, still the comparison will let you have a crystal clear concept.

How reliable is the Seiko 7s26 movement?

Yes, the Seiko 7s26 movement is enough reliable and often comparable to the upgraded version of the 4r36 movement. After being introduced back in 1996, it has been a suitable movement for entry-level Seiko wristwatches.

Among all the watches, the movement got highly praised for the accuracy shown in the Seiko 5 series watches. However, it does have some lacking that let 4r36 take over the throne.

Some of the watches that come with this movement are –

It’s an automatic watch movement that doesn’t have hand winding and hacking features. For modern watches, these are two of the most crucial features to have.

The lack of hacking hampers the accuracy slightly when you are changing the time. The second handle doesn’t remain still in the place when the crown is unscrewed.

Meanwhile, the lack of hand winding doesn’t let the user hand-wind the movement.

This particular movement has three generations including –

The design, quality, and making are similar in these three generations. But the upgraded version has used newer components for the construction.

The watch comes with a traditional mainspring that provides proper accuracy for timekeeping. The official information says that the accuracy level is +45/ -35.

However, one modern feature that makes it worth buying is the date and day window. Typically, the watches that come with this caliber used to have that particular window at the 3 o’clock position.

For example, the SKXA35 with caliber 7s26 and hardlex mineral on the dial case has the date and day window at the 3 o’clock position.

7s26 is the first step for Seiko to move toward modern watchmaking. However, it has one of its close competitors from the 7s caliber series, not from anywhere else that is 7s36.

However, it’s important to know that having two extra jewels haven’t made any practical difference between the calibers in day-to-day life.

Meanwhile, in case you want replacement parts for both these calibers, you may distinguish a few differences there. There’s a sizable difference among a few parts.

Advantages of the caliber:

How accurate is Seiko 4r36 movement?

Without any doubt in mind, Seiko has introduced the 4r36 movement as the upgraded version of the 7s26 movement. But is it worth upgrading to the previous model?

Certainly, the answer is yes because this particular caliber has both hand-winding and hacking features that were missing in the previous one. Now, it has become much more convenient to change the date and day manually.

Here are some of the watches that used this movement –

What makes the watch mostly lovable to the Seiko watch enthusiasts is the inclusion of hacking and hand winding functions. But do you really want to know what these features offer?

Hand-winding basically is manual winding that lets the user manually change the date and day on a watch dial.

On the other hand, the hacking feature prevents the second hand from moving when one is changing the time setting. Consequently, the accuracy of the timekeeping is ensured.

Another key difference from the previous movement series 7s is having an extra one hour of power reserve time. Although it’s not a big deal, it still makes these two calibers different.

However, the caliber has two variants –

There’s one more noteworthy difference between 7s26 and 4r36, which is the number of jewels. The later version caliber has three extra jewels than 7s26.

Some brands that use NH35 caliber –

Now, the comparison comes down to 4r36 vs. 4r35, doesn’t it? There isn’t any complication as well because 4r45 comes with a single date window instead of a date-day window of 4r36.

And except for this particular difference, both the calibers are identical.

Advantages of the caliber

Is the Seiko 6r15 a good movement?

However, it did come with similar hand winding and hacking features to meet the modern-day demands. But what about the day function, which is missing in this caliber?

Here are some of the Seiko watches that used this movement –

Although the caliber was meant only to be an upgrade, it came with a couple of downgrades as well. First, let’s talk about the main upgrade which is 50 hours of power reserve time, which is 10 hours more than caliber 4r36.

Again, this particular caliber comes with a different mainspring. Coming out of the traditional one, Seiko has used Spron 510 mainspring here to smoother performance.

The third upgrade is done in the accuracy, which has made the modern Seiko watches much more accurate timepieces. The accuracy level is upgraded to +25/ -15.

It’s good to know that the movement has four variants –

However, the first downgrade is not having the day function alongside the date function. The second one is having one less jewel than the previous 4r series caliber.

6r15 and 6r35 calibers have a lot of things in common, but the second one offers 20 hours of added power reserve time. However, there are 24 jewels in 6r35 instead of having 23 jewels.

Again, there’s a difference in the accuracy of these two calibers as well. The 6r35 comes with an accuracy of +/- 20~40 per day. Therefore, it appears as a worthy upgrade to the previous version.

Advantages of the caliber

Which Seiko movement is right for you?

Now, it’s time to get to the final decision regarding which one of these three calibers serves in the better way. Basically, 6r15 is a wonderful caliber until it lacks the day window.

In that case, 4r36 appears to be a perfect option at any time but still has one flaw. It comes with 9 hours less power reserve time than the 6r series caliber.

On the other hand, 7s26 has almost identical features to 4r36 but lacks hand winding and hacking. Therefore, it remains a good choice only for entry-level wristwatches.

Now, it’s up to you which one to choose to get the best performance out of the timepiece.

Isn’t it already become tough for you to choose one between Snzg13 and Snzg15? Both these Seiko watches have a lot of similarities, but still, a couple of dissimilarities are worth mentioning as well. But before you decide, it’s better to ask yourself whether you like stainless steel bracelets or canvas straps. It’s the first…

When you are worried about the money and want to ensure the quality at an affordable price range, Stauer brought the best collections of watches for you. The affordability of the watches allows middle-class people to have the same feeling of using Michael Kors watch or Orient Ray watch.   Although the price of the watches…

When you want an all-in-one watch with long-lasting service, you can rely on the Citizen AT4010-50E watch without any doubt in mind. There is no need to ask questions about the build quality of the watch. Also, it recharges from natural and other lighting sources that prevent the user from worrying about changing the battery….

Whether you need the entire dial showing mechanical hand-wind movement or a sub-dial, you can always rely on Sugess. They produce the watch for precise timekeeping by using mechanical hand winding.   Here, we have included the top six watches from the brand. All of these watches have 316L stainless steel cases like our first…

Jaeger LeCoultre is a prestigious brand in the world of Swiss automatic watches. And if you want to protect your watch while playing, you should try their most iconic watch, the Reverso. It has a reversible, protective dial.   We have listed the top five watches from JLC in this article, and the list begins… 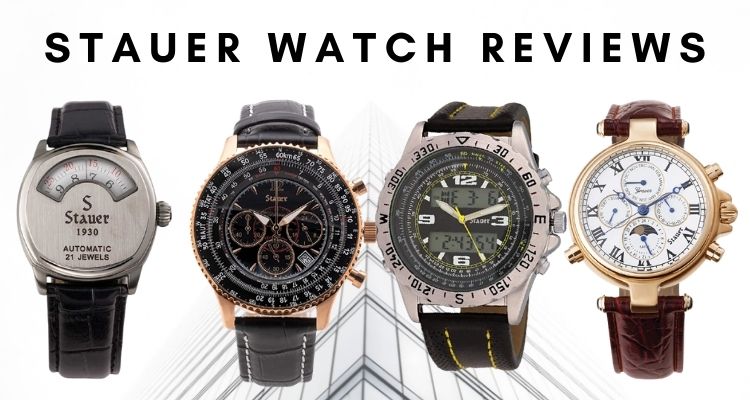 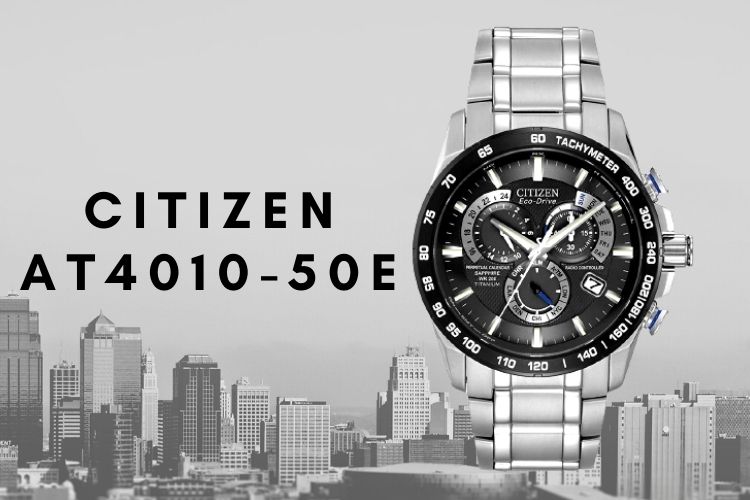 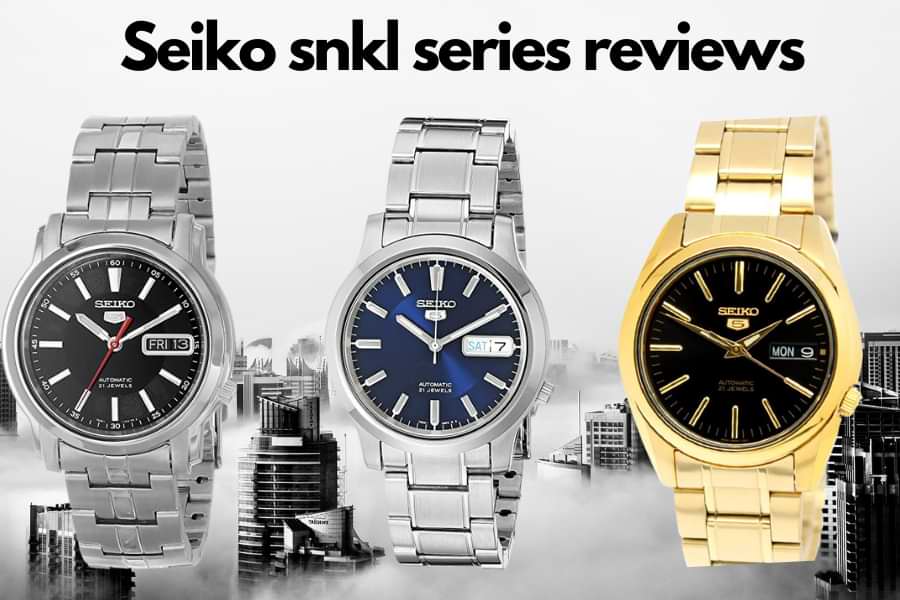 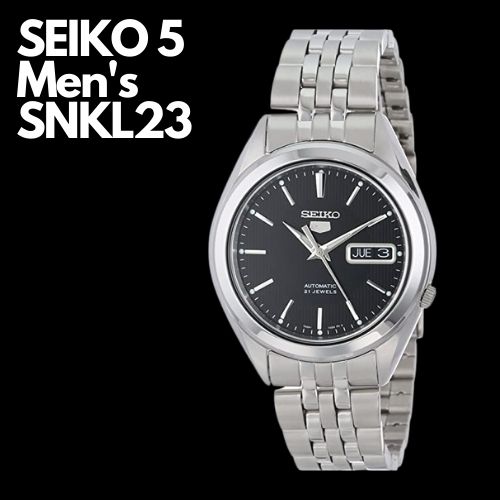 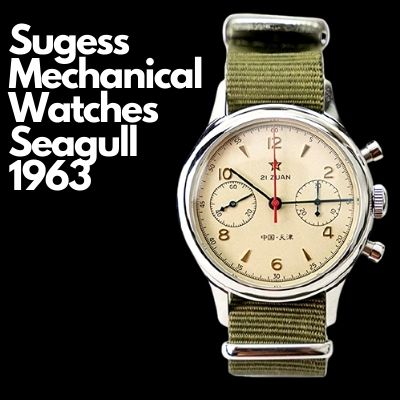 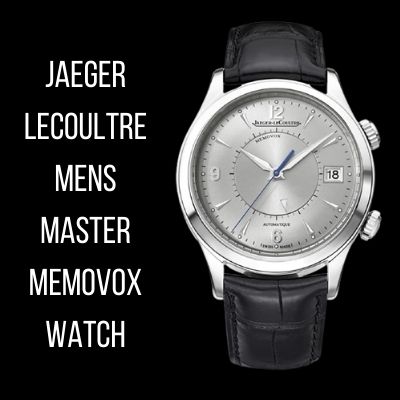 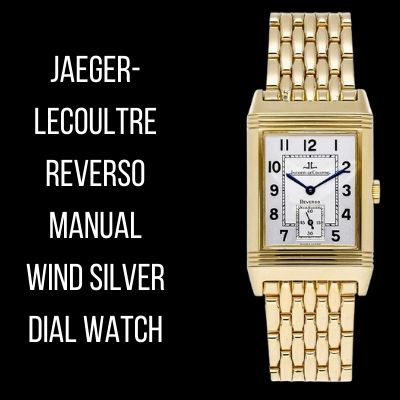 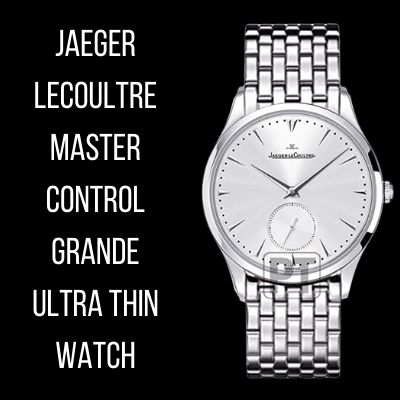